I need a little help here. As you might know I am struggling with the coachman's crack and to be honest, I don't know if the crack I try to do is a coachman's crack or a vertical circus crack.

What makes it a little difficult for me is that I am using left hand and I have not the same feeling with the crack so I can tell if it feels right.

I will be very happy for any advice on movement, timing eg.

Thank you in advance

Flemming, I can't do this very well, so perhaps should not comment - but I think you're doing it a bit too fast.  Try bringing the whip up fairly sharply, but then wait a moment before throwing it up and forward.  And be sure to follow through....

Both Robby and Jessie can do this very well. Perhaps they can help....

Hmmm...slow motion would help here. I think this is more on the circus crack side, because the thong hasn’t travelled all the way round back up again.
Flemming, when it cracks do you hear a very loud bang near your ear and tinnitus beeping sound for a few seconds in that ear. Regardless of how less force you put into this crack: If it actually cracks then it is near the ear and you can tell the difference from a circus crack...it’s just very much louder.
My 2 cents.

Try bringing the whip up fairly sharply, but then wait a moment before throwing it up and forward.

Ah Robert beat me by half a minute, but I think we’re of the same opinion. I second that: wait till the thong has made a complete loop and then throw it.
In a circus crack the loop closes later.

Thank you both. I will try that tomorrow.

I think my problem is rsht I don't feel the whip will travel all the way around, but tend to stop.

I will try to give the loop some more time

Flemming, I agree with the others. You need to allow the thong to continue so that it is in front of you. In the video, you appear to be initiating the crack when the thong is at about 5 or 5:30 (if you were to envision a clock overlaid upon you such that the 6 is at your feet and the 12 at your head). Try letting the thong continue in front of you until about 10 o'clock or so. It will have formed a complete loop near your body. The crack should occur very close to you near your chest or shoulder (which is why is seems so loud, as Wolfgang mentioned).

Thank you Scott - This is the kind of explanation I understand

Flemming, based on my limited knowledge it looks close! As a teacher, I feel a great method is to make everything a progression. If I were to break it down it might look like something as follows:

1: Bring the whip back 5-10 times, doing nothing more than trying to get the thong to make at least a full 360°. This is to find the exact amount of force required to swing whip

2: Using feedback from 1, practice throwing arm and handle out between a 90°-130° angle out and up at the moment the tip makes the complete arc around the circle. If crack not achieved, this part is not a failure, as we are trying to get a consistent "throw". Do not add any wrist motion so you get accurate feedback what your arm angle is doing

3: Do 1 and 2, while adding wrist "snap" at same angle as arm until satisfactory crack is accomplished.

My favorite saying here is the "KISS Principle: Keep It Simple Stupid." Break it down into the individual parts (I know Robby already does this in his videos well) and make the movement a progression so there's also marked accomplishments within the routine. When something goes wrong, you can more easily trace where in the process the fault is happening. 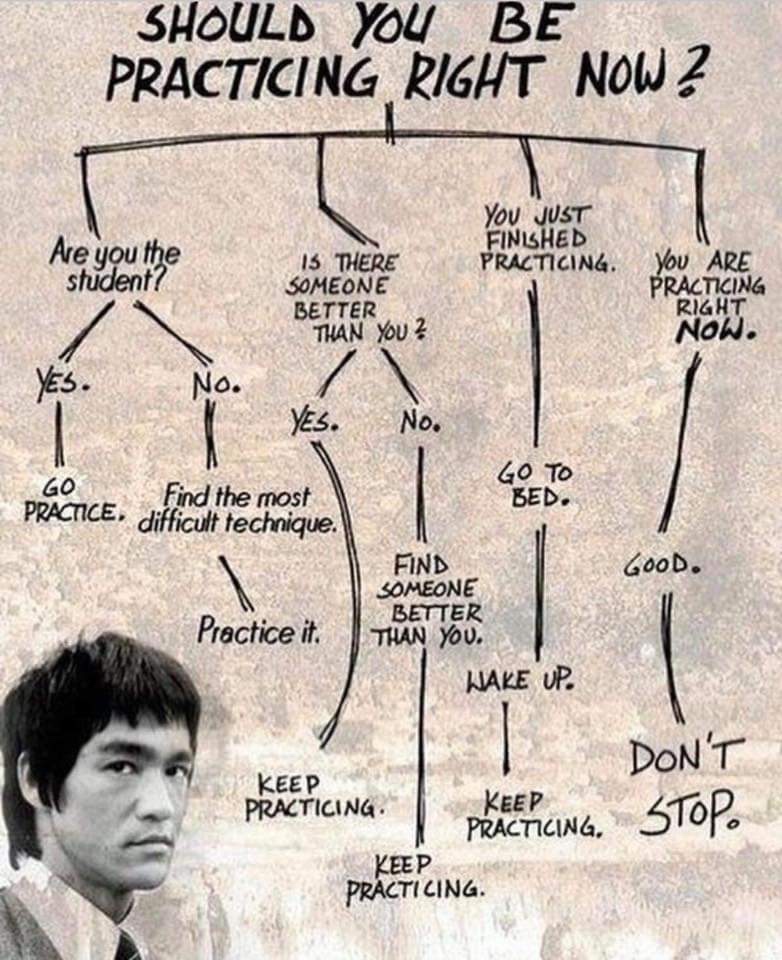 And I would like to add one more thing, actually a question, combined with a little anecdote.
As you may know we recently had a little impromptu cracking workshop near Nadine‘s home when Robby was there. I forgot earplugs (actually I had a pair in my bag but forgot about it) and practiced some coachmen’s cracks while protecting my right ear with my left hand. Probably a strange and funny view and Robby said „Forget it until you have earplugs, there is enough other stuff to practice“. As I‘m able to do a half-decent diagonal/horizontal version of the coachmen’s, but still not the vertical one, I asked him to show me that one with MY whip before doing something else. Of course he could do it without a problem, but his reaction to the crack was:„Ouch and I fool fell for that trap!“
Well it was absolutely not intended as a trap and here is where my question comes in. My whip was a quite heavy but short (a little under 6ft) paracord from Noreast whips.
The part which actually makes the crack has to be the cracker or at least the last part of the fall. And these are closer to your ear when the whip is shorter. (I think)

Long story short: Has anyone of you ever noticed a difference in loudness with the coachmen’s crack depending on the length of the whip? I assume that a very long whip has the crack not so close to the ear.
(Russel Jones does terrific coachmen’s cracks with 10 ft whips in combinations, (Facebook) but he’s not here anymore)

Wolfgang, I feel a 6foot produces the most noise to me. I believe in my case it is due to physics: A shorter whip, although potentially closer to ear, has less mass and less force. A longer whip takes more energy and I can not be as efficient with my energy transfer. A 6 foot just seems to be the best balance between length and mass to burst my ear drum

If I practice more with longer whips, maybe my answer will change over time.