Flemming, i dont know if it is the add to the mass or what but after waxing they just roll and flow much much better. And you can keep them cleaner wich is a big plus in this muddy rainy season.

Flemming, it's my understanding that waxing a whip makes it a more congruous and responsive whip.

It sort of ties it all together making it one unit in stead of three bellies or such independent of each other.

There is a total difference between before and after and the performance, to me, is much better after. But that's my personal preference.

I actually sort of cringed when the person who I made a set of twin whips for didn't want them waxed.

https://youtu.be/udluox7Csw8
I made this for Nathan some time ago.
Before wax it was impossible to do the rollout test but after it was possible.

Jyri, I love the look of this whip!

This is a great video! Jyri, I admire your elegant and precise cracking technique...
And I find it interesting just HOW stiff the whips are without wax. After some breaking in I‘m sure they’ll also work fine without wax

But this clearly shows how wax changes the reponse of a whip to the better and as a second advantage it’s easier to clean after cracking in a muddy environment.

Jyri, thank you for sharing! Both your whips look amazing (but I especially like the look af the black and white one). I didn't know waxing would make such a difference. (And I also learned my first two whips are quite floppy, compared to yours. It's good to know I need to put more effort in my binding.)

Very effortless looking whipcracking by the way. It looks very natural on you.

Thank you for your opinions on waxing. I makes good sense. I have just not tried to crack the same whip before and after waxing.

- but it looks very good when you show us your work

Julia, you don't know how many whips transitions i had to mess up to get them last

first my core and handle connections were failing so i changed the way i do them. Then i have been playing with binding and i have yet to find right way to do it.

Now to the problem i have with my latest whip. 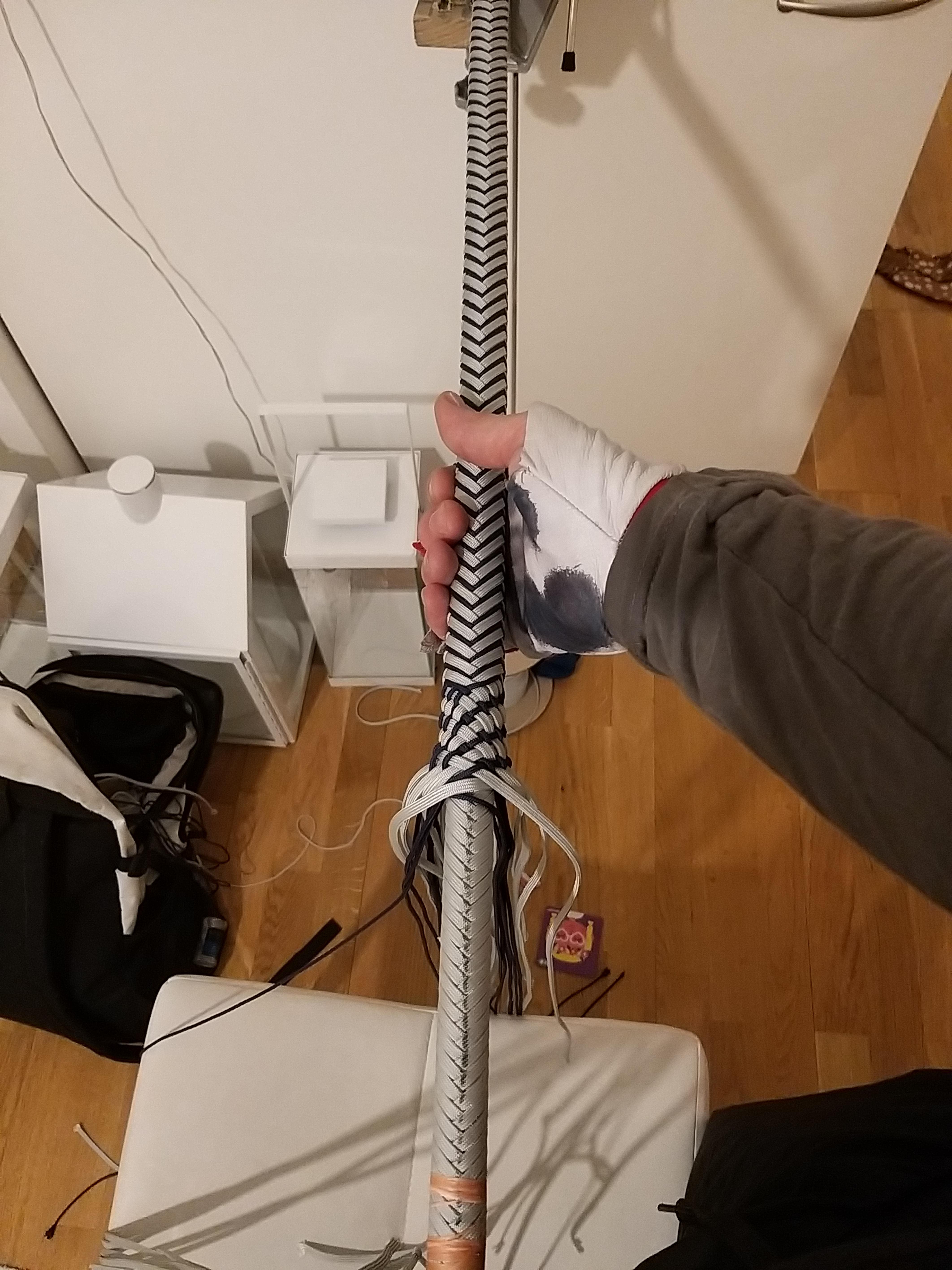 I have this short handle to plait but i'm running low at least 2 550 cords. Adding them would mess up the colours and adding 4 strands fast would be very visible. What to do? 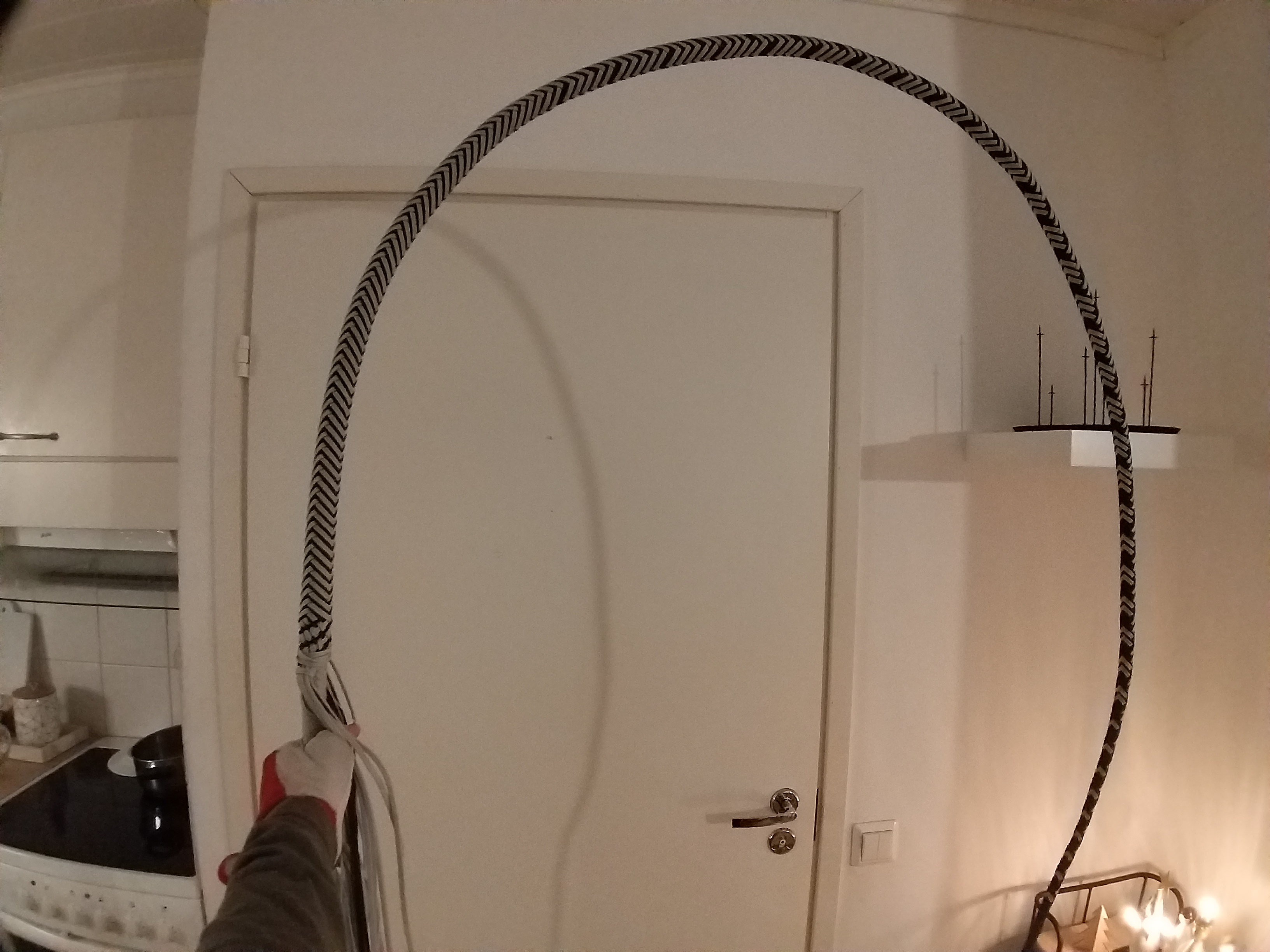 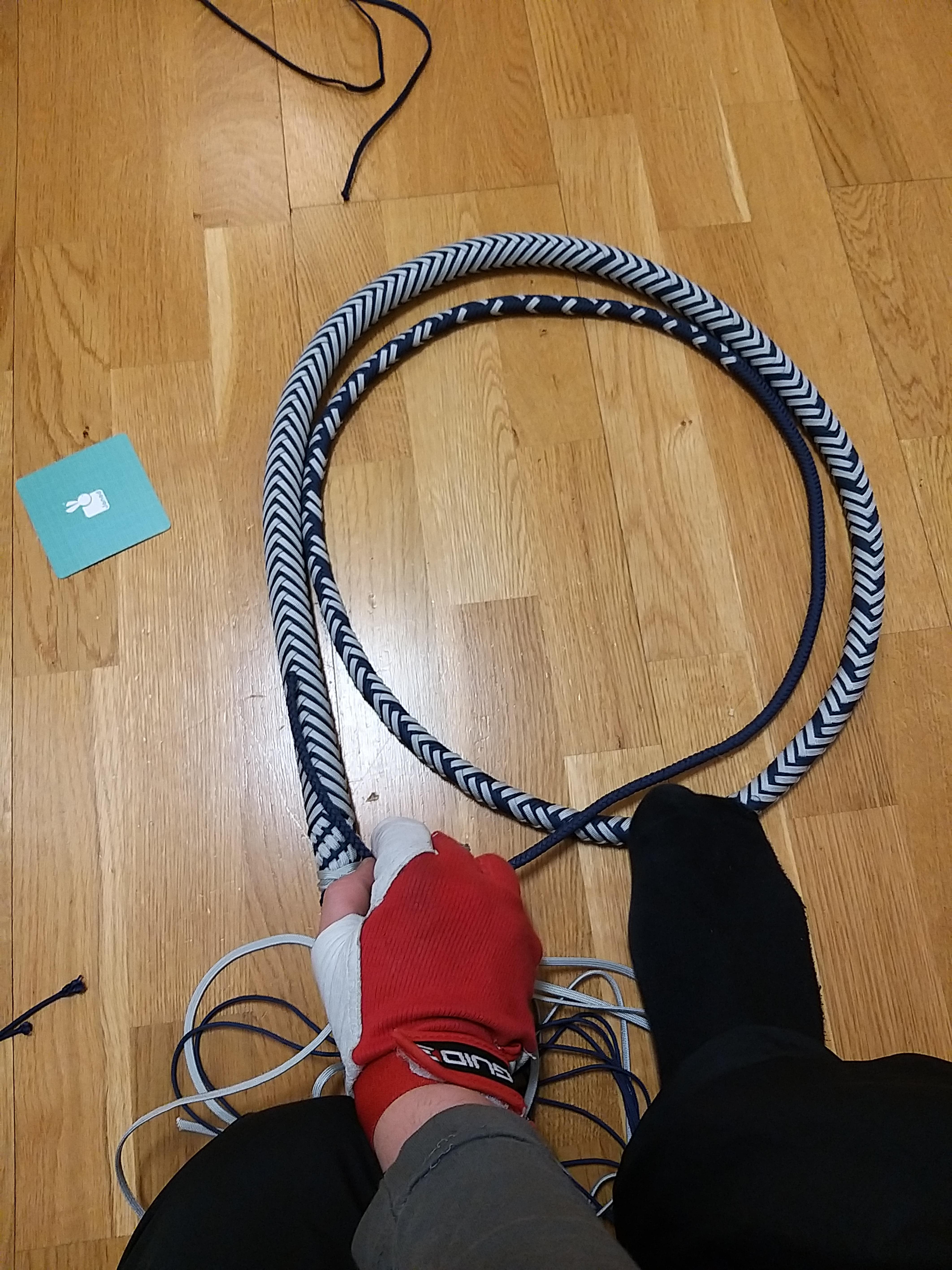 Here is the tip vs the handle. Handle is 22plat now.

Jyri, that looks splendid!  If you're running low on cord for the handle, would you perhaps think of attaching a (black) wooden handle?

That looks really great, Jyri, I'm sure you'll figure something out on the problem with the handle. Like Robert said, a wooden handle, or a bone handle, maybe. Someone with your talent and skill will be able to pull it off.

Jyri, the thinner black paracord almost looks like a shadow line of the thicker grey paracord (on the part of the thing just after the handle). I must say, I find your whips very pleasing aesthetically.

Jyri, this is great! 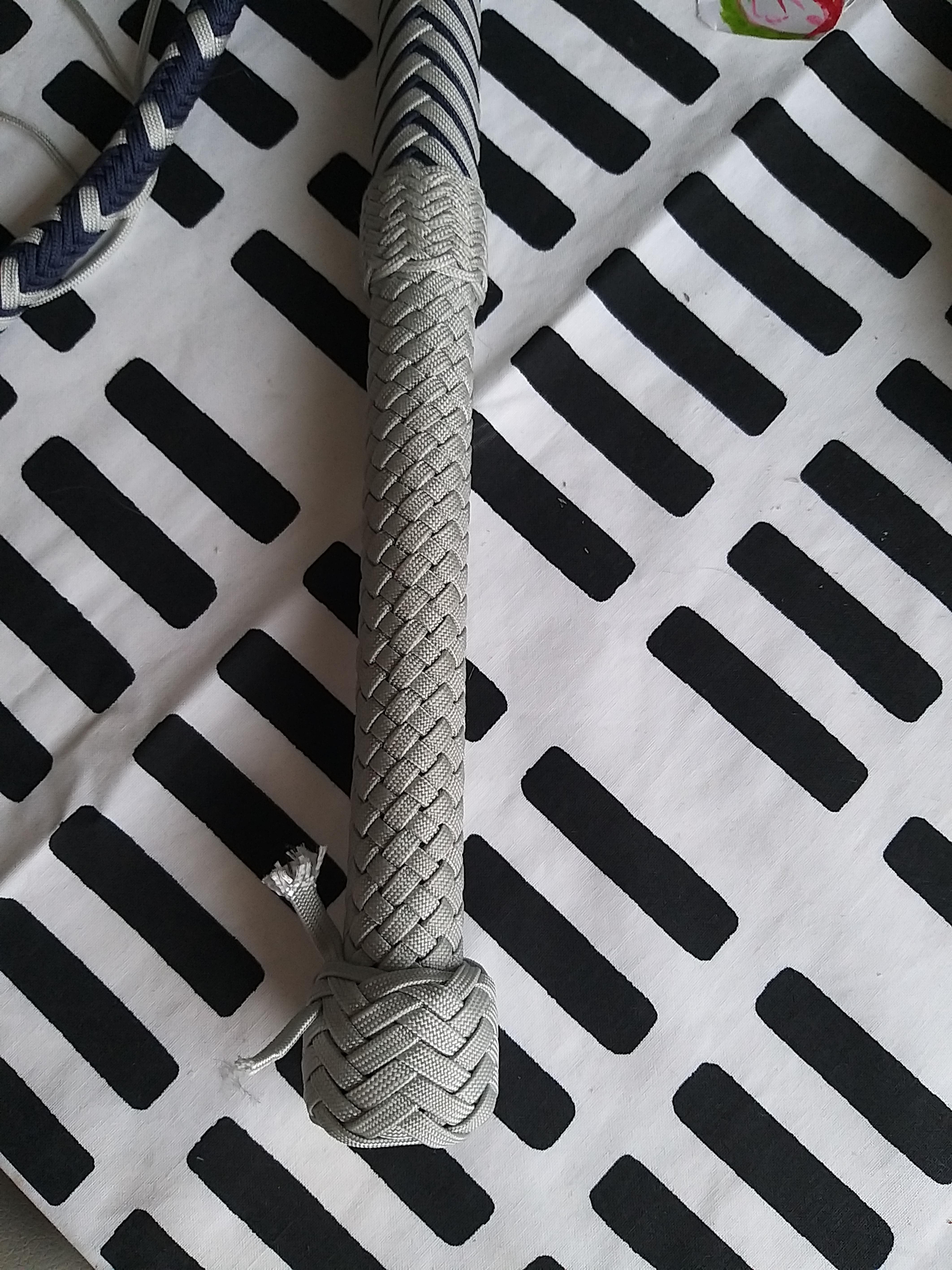 I decided to keep it simple and just ended the herringbone and started the handle with new strands. 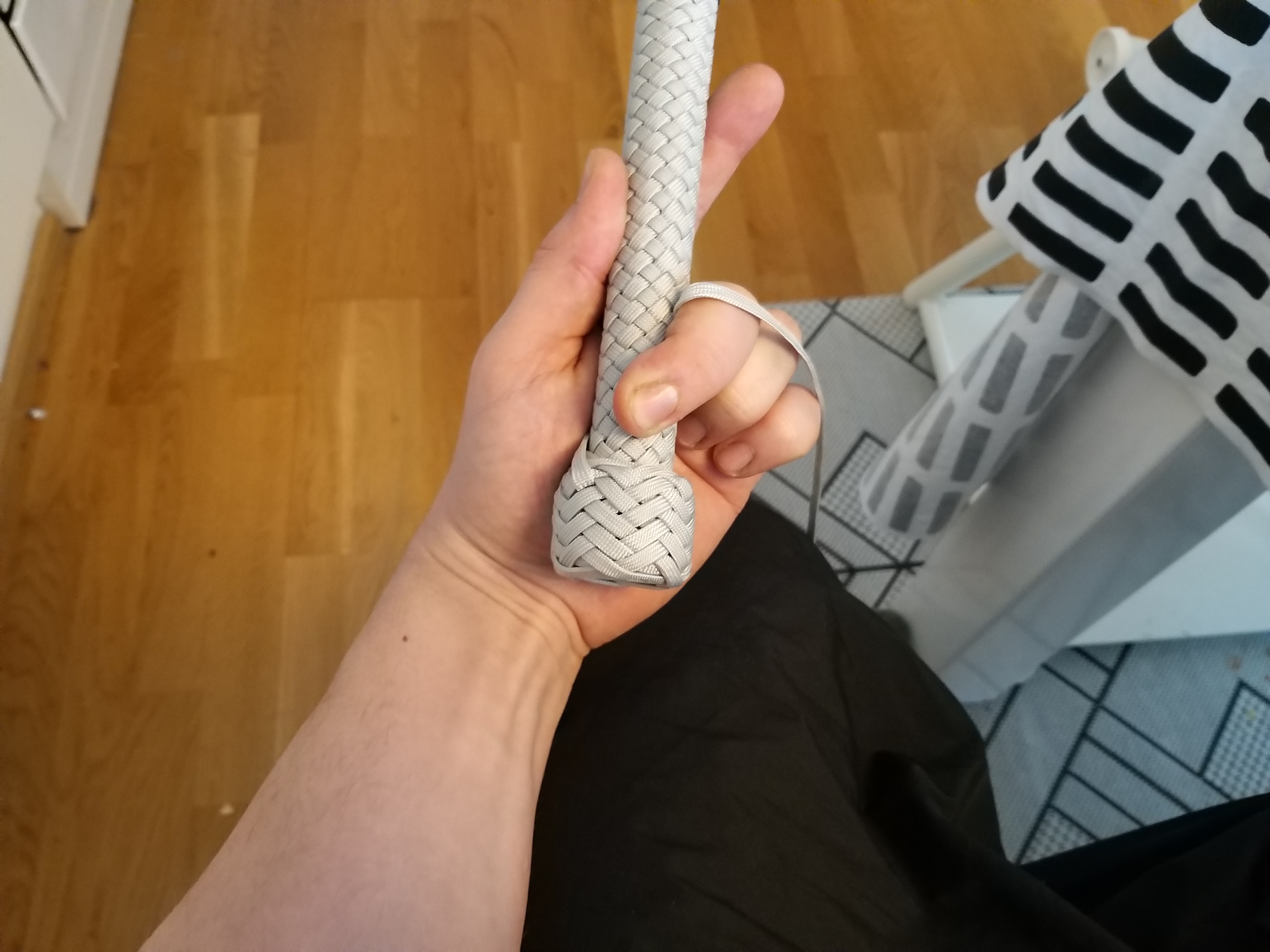 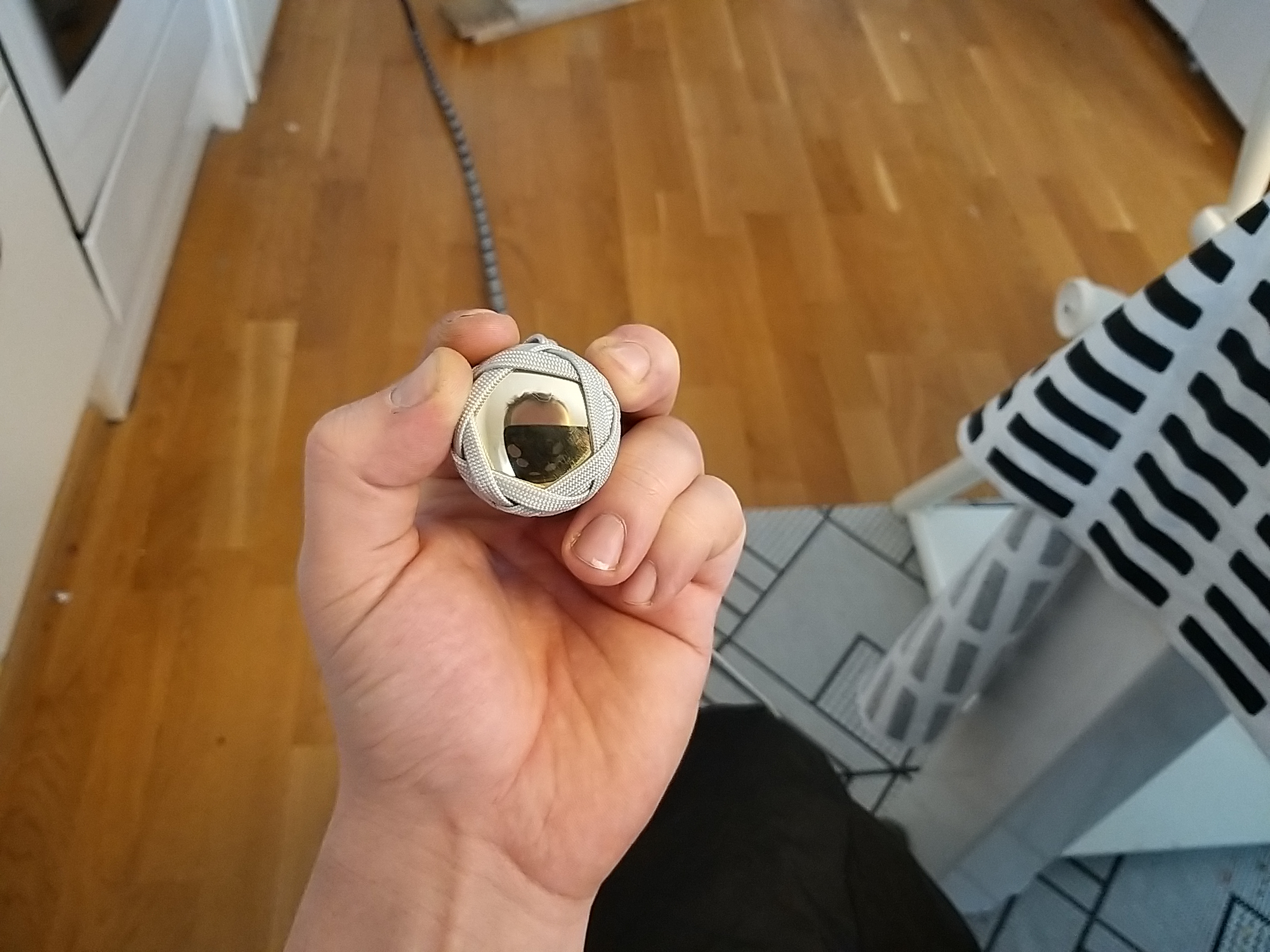 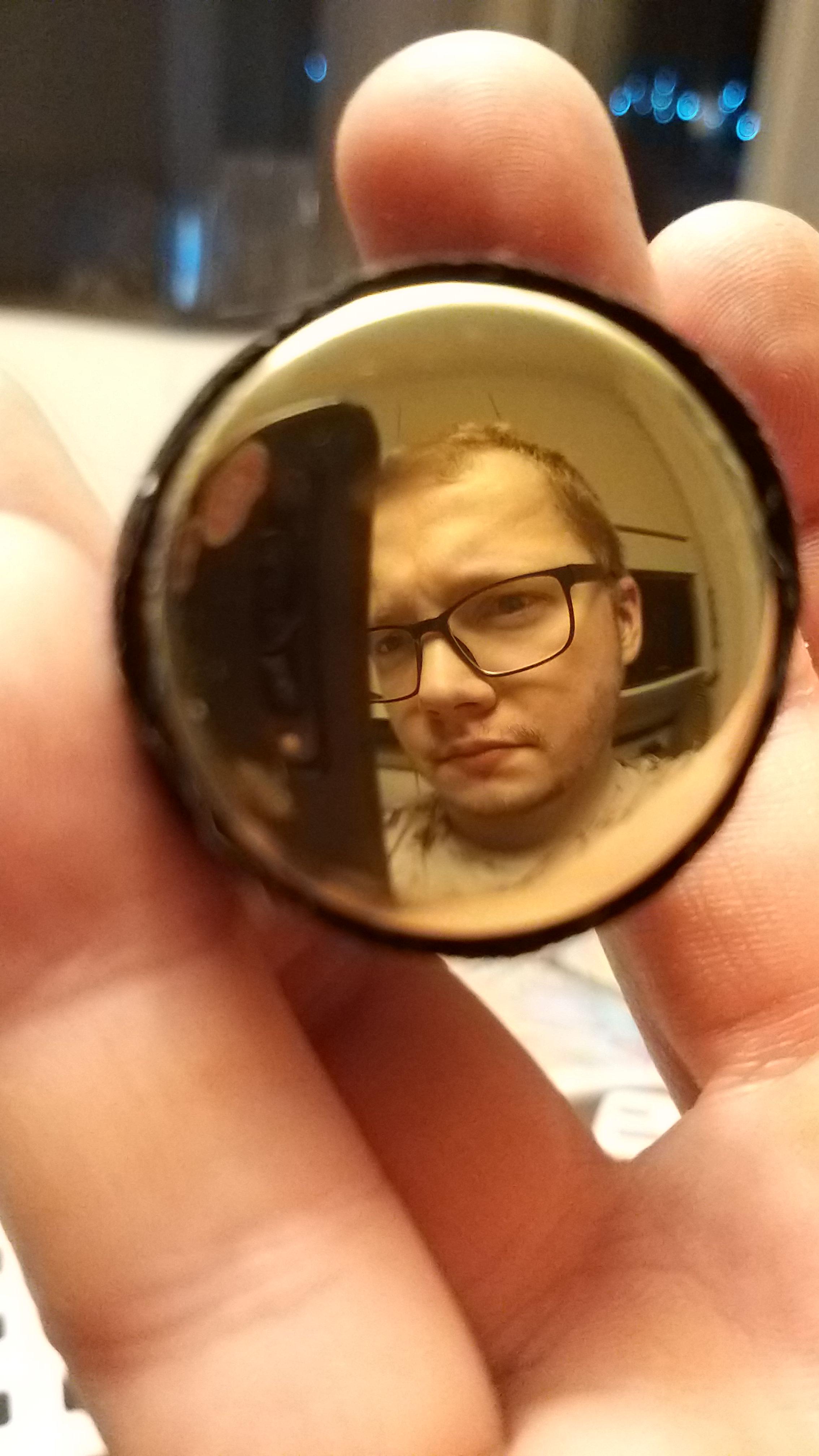 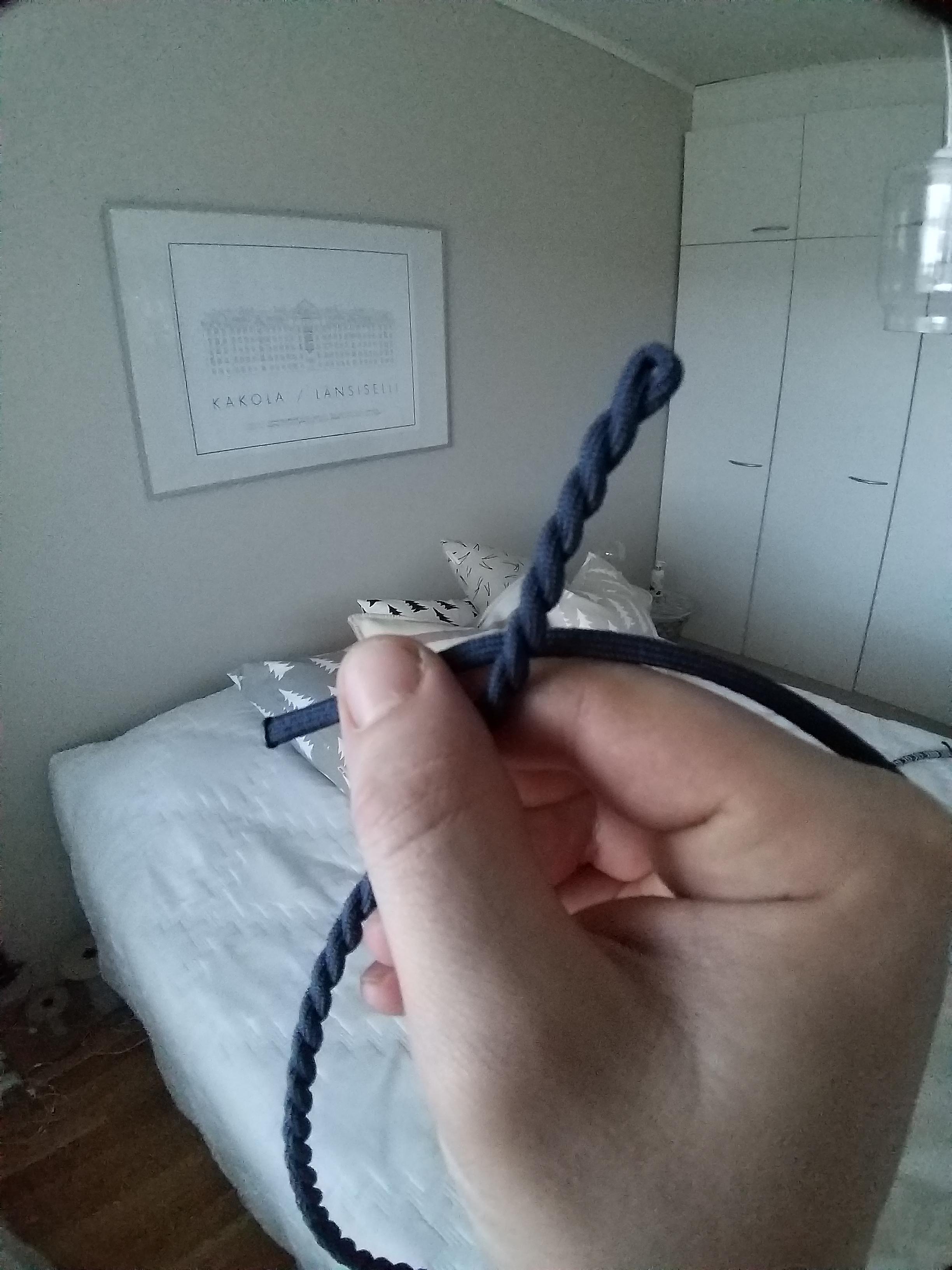 I made my first tt fall as well.
I'll post finished picks in my thread, i still have to do some rolling and glueing.

Very nicely done Jyri.
The fourth photo could be used as your new avatar.

Ron that would be cool! But i cant make it small enough with my phone.

Jyri, if you have access to a computer you could resize it to 200 X 200 and then up load it to the WB site.

There are a lot of resizing apps that can be used.

That is awesome, Jyri! 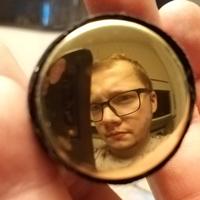